It may come as no surprise that oil prices are plunging.  40 dollar oil would have been almost unbelievable even as recent as 2014.  The benefit to consumers is obvious: lower prices at the pump lead to more savings for consumers.  However, those low prices are decimating the oil & gas industry.  Layoffs at U.S. energy sector companies totaled over 100,000 in 2016 compared to just over 14,000 in 2014 and a similar range back to 2010.  Additionally, oil and gas companies made up 50% of worldwide corporate defaults in 2016.

Most people are aware of the global supply glut that has made prices plunge, but what other factors have driven such unprecedented low oil prices?  The issue turns out to be symptomatic of the “malinvestment” described by the Austrians for many years.  That is, at historically rock-bottom interest rates determined by a centralized maestro, investments are inevitably allocated to the wrong sectors of the economy, driven by misaligned pricing signals.  In the case of the oil & gas sector, low interest rates drove investors to yield-bearing projects, such as shale oil discovery.  While the technology in this sector has improved tremendously, these projects are without a doubt some of the most financially risky endeavors.  Junk bonds in this sector yield above 11-12%, but are typically rated below BBB-. In fact, just last year 10 of the largest US energy companies were downgraded, with companies like Marathon Oil and Hess earning a BBB- rating.

The hemorrhaging of the industry won’t stop anytime soon.  Rock-bottom prices will continue to send the weakest companies into default.  Rising interest rates will make the cost of borrowing more expensive, tightening the credit market for wildly ambitious oil companies.  Depending on the stage in the bull market’s life cycle, prices will probably begin to re-stabilize in the short-term if rig counts begin to fall precipitously, signalling a decline in supply.

U.S. horizontal gas rig counts are up an astounding 143% y.o.y., likely indicative of the preparation oil companies have made to make shale oil profitable at $50 per barrel:

“Torgrim Reitan, Statoil’s head of United States operations, said in an interview that the company’s push for the lower break-even price is largely due to internal improvements that should stick regardless of any price hikes from service providers.

“Our business clearly makes sense in a $50 (per barrel) environment,” Reitan said Monday on the sidelines of the CERAWeek conference, the world’s largest gathering of energy executives. “It is remarkable to see how the whole industry has responded positively to the new price reality.”

Statoil, which produces shale oil and natural gas in North Dakota’s Bakken, the Eagle Ford of Texas and the Marcellus of Pennsylvania, moved its U.S. operational staff to Austin, Texas, last year, a step Reitan said has helped push down costs.

Despite incredible strides in the way of efficiency and extraction innovation, the unexpected plunge to $42 oil is unlikely to keep these companies profitable.  As rig counts continue to increase, we will continue to see oil prices slide until another wave of  corporate defaults and layoffs starts to sweep in. 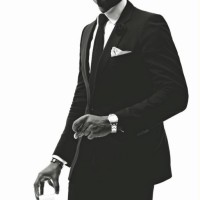